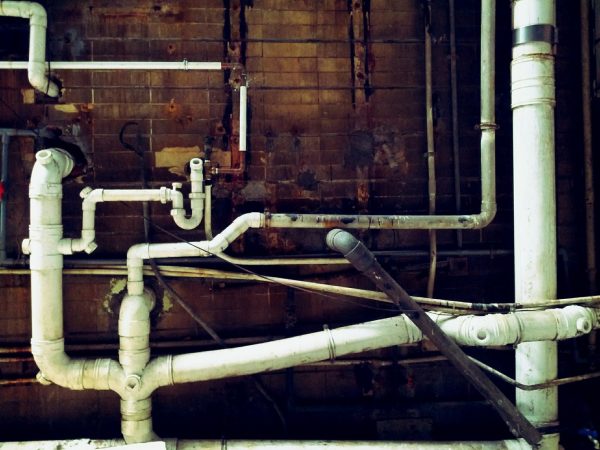 During the Middle Ages, it was not uncommon for those parts of London which were near the Thames to use the river as their main source of culinary water. Away from the river, houses were built chiefly where there were beds of gravel or loam. These beds afforded a good water supply to shallow wells until an increase in population led to contamination.

There were also a number of springs outside the city which flowed with good drinking water. Fitzstephens, a thirteenth-century chronicler, expresses annoyance at the number of drunkards and at the chastity of the city’s women, but he spoke well of the water. He records that near London there were fountains flowing with sweet and wholesome water.

At the beginning of the thirteenth century, the increase in population made the existing water supply insufficient. Authorized in 1236, construction on the Great Conduit was begun in mid-century. Pipes connected the spring at Tybourne with the Great Conduit House in Cheapside. (The term “conduit” was used mainly to refer to the cisterns at the end of the system.) In all, twelve conduit systems were built in London. They were all similar in design. The head of the conduit was placed near a natural spring and the water from the spring was used to fill a nearby cistern or tank. From the cistern, the water flowed through pipes for a distance of a mile or more. At the terminus, the water was stored in a larger cistern equipped with cocks or taps for dispensing the water.

The conduit houses were not only used for storing and dispensing water but also served a secondary function as billboards for moral instruction. When King James I passed through London on his accession to the throne, the conduits were adorned with tacky verses. On the conduit in Cheapside was the following ditty:

»Life is a dross, a sparkle, a span

A bubble: yet how proud is man!«