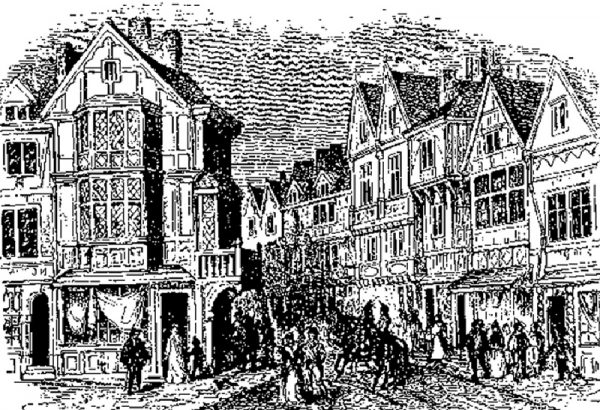 Elizabeth’s 1580 Royal Proclamation against building assumed national scope with an Act of Parliament in 1588, effectively sanctioning a discourse of building founded on the idea that banning any new, subdivided, or multi-occupant buildings would curb London’s skyrocketing population.

A series of Elizabethan anti-building proc lamations was based on the premise that the new and subdivided buildings and the landlords who rented to multiple tenants in already overcrowded houses fueled London’s population expansion and thus contributed to higher food and fuel prices, the spread of plague and fire, and the inability of her majesty “to have her people … well governed by ordinary justice.” The remedy was “to command all manner of person, of what quality soever they be, to desist and forbear from any new buildings of any house or tenement within three miles from any of the gates of London … where no former house hath been known” on threat of “close prison” and “seizure of all building materials.” The Crown and the City authorities wished to encourage London’s recent arrivals to “provide themselves with other places in the realm where many houses rest uninhabited to the decay of divers ancient good boroughs and towns.”

London’s new and converted buildings acted as material evidence for those outside the capital who accused the City of siphoning off inhabitants, devaluing rental income, and stealing business away from other towns, all of which helped popularize the image of London as the “great wen” or as an “overgrown spleen.” One anonymous petitioner from the period complained that “retailers and artificers, at the least of such things as pertain to the back or belly, do leave country towns where there is no vent and do fly to London, where they be sure to find ready and quick market.”