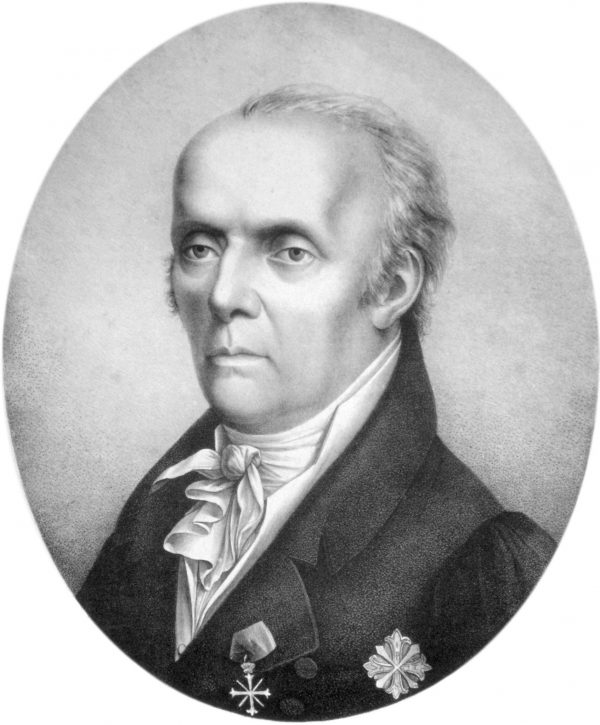 The most important European figure in the German public health movement was Johann Peter Frank (1745-1821), who established the concept of “medical police” with his publication of The System of Medical Police in 1779.

Frank’s idea of “medical police” meant that government medical policy should be implemented through enforced regulations. He presented medical policing as a responsibility of the state through a formal system of public and private hygiene laws with great reliance on control, regulation, and police enforcement. Many of his recommendations are out of place in a democracy, but fit the concept of “enlightened despotism,” a concept alive and well at his time.

Population policy was a hallmark of Frank’s medical policing recommendations. Marriage was promoted, “bachelor taxes” were levied, midwifery supported, and freedom from work and responsibility for new mothers was established. Frank thought that the state should support new mothers for the first six weeks after delivery. Frank was also concerned with the welfare of school children, from accident prevention to promoting  cleanliness. Medical police were to monitor school buildings and the environment in school facilities, such as light, ventilation, and heat.

Frank’s medical police dealt with problems of sanitation, such as sewage, garbage disposal, and maintaining clean water supplies. There was no more important task than keeping cities and towns clean, said Frank, who arranged for public restrooms in cities and public dumping grounds far outside of cities and towns. Frank published six volumes of his System of Medical Police

in the 1700s. three more volumes appeared early the next century.