1938 – Enactment of the Federal Food, Drug and Cosmetic Act 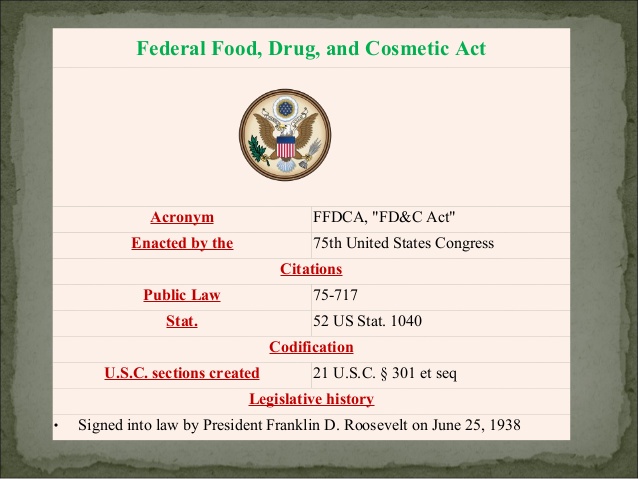 More consumer-oriented than its predecessor, the 1938 Food, Drug, and Cosmetic Act was a watershed in US food policy. In contrast to the limited health-based standards that the Ministry of Health proposed in Britain during the Depression, the US, largely through the efforts of women’s groups, pioneered policies designed to protect the pocketbooks of consumers, and food standards were enacted to ensure the ‘value expected’ by consumers. The 1938 Act eliminated the ‘distinctive name proviso’ and required instead that the label of a food ‘bear its common or usual name’. The food would be misbranded if it represented itself as a standardised food unless it conformed to that standard. The law provided for three kinds of food standards: 1) standards (definitions) of identity, 2) standards of quality, and 3) standards regulating the fill of container. Regulators had the discretionary authority to set standards ‘whenever in the judgment of the Secretary such action will promote honesty and fair dealing in the interests of consumers’.